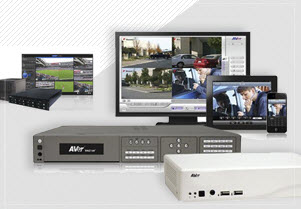 Are Our Schools Safe? How Today’s Surveillance Security Systems Can Make Them Safer 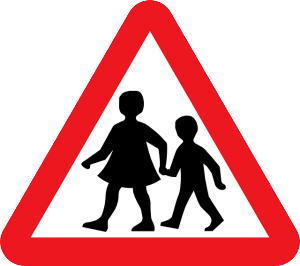 Are our schools safe? The short answer may be “probably not”. National school threats are on the rise. In fact, they’re nearing a nationwide epidemic level and creating an atmosphere of unrest that is being felt by students, parents, and school officials. School threats are happening far too often and everyone is searching for a solution to keep schools safe. Granted, a high percentage of these threats are hoaxes. But, they still have to be taken seriously just in case…

Regardless of whether the threat is a hoax or for real, the common thread is that these threats are creating a loss of hundreds of hours of teaching time, a waste of police resources, and frightening students and parents. The numbers are alarming and most likely due in part to the fact that technology is available to everyone and widely used by students. This equates to a flurry of fake or faux threats.

The Number Of Threats Is On The Rise

Ohio-based National School and Safety Services conducted a national survey over the first half of the 2014-2015 school year. The results of the survey show that school violence threats have increased by 158%. The stats behind this figure are alarming. There were 812 registered threats between August 1 and December 31, 2014, resulting in 320 arrests. Granted, the vast majority were hoaxes, but close to 30% of the threats caused schools to be evacuated.

Evacuations take a toll on everyone – students, school staff and police. And, according to Ken Trump, president of National School Safety and Security Services, no schools seem to be immune. His group put together a top ten list ranking states and their activity. Ohio came in as number one, Connecticut as number ten, and Florida smack dab in the middle at number five.

Even more alarming are the breakdown of the types of threats. Bombs rank the highest with 359 occurrences or 44%, followed by shootings with 234 occurrences equaling 29%.

What Can Schools Do To Increase Safety?

The National School Board Association feels that a safe and secure environment should be the primary responsibility of every school district and that not only students and staff, but visitors as well, should feel safe while on school campuses. Everyone agrees with that statement. But, it must go deeper.

Today surveillance security systems allow your campus security team to capture extremely detailed images that can be stored and analyzed in a number of ways. High definition electronics have reached an all-time efficiency. Remember the old security cameras that generated fuzzy, black-and-white footage that was so unclear it had to be reviewed multiple times and still left you with uncertain conclusions? Not so anymore. Today, security solutions from Securiteam provide you with HD surveillance cameras that have 4-20 times the detail of traditional analog cameras. You have the potential to identify faces and zoom in if necessary.

The advantages don’t stop there. The efficiency of the security cameras may help to reduce the number of school guards needed. Additionally, the HD security cameras can make use of video analytics software that can detect when objects are left behind or go missing, or have been added to the grounds. An added benefit is that the video can be stored for long periods of time and then easily retrieved for viewing on a computer or wireless device.

Suddenly you have the flexibility to:

We can help. Securiteam is Tampa Bay’s premier surveillance and security company. We develop creative solutions for a multitude of applications. Our keypad, keyfob, and card access systems offer an ideal means of allowing entry to those who have proper credentials while keeping out those who don’t. Our security systems, including burglar alarm units and intrusion alarms, afford you much deserved peace of mind, as you provide the best protection for students, employees, and property.  Securiteam custom-designs installs, and tests surveillance security systems and access control systems in Tampa area to ensure that every device is working perfectly.

At Securiteam we are much more than just a surveillance IP camera installer. Our goal is to be your partner in ensuring safe school campuses.

If you are interested in learning more information about our integrated HD surveillance cameras and security systems, please contact us today. We provide security system services for schools in Tampa, St. Petersburg, Clearwater, Brandon, Lakeland, and all throughout communities in Pasco, Hillsborough, Pinellas, Polk, Hernando, Manatee, and Sarasota counties.